Academy Award® nominee Quvenzhané Wallis (Beasts of the Southern Wild) stars as Annie, a young, happy foster kid who’s also tough enough to make her way on the streets of New York in 2014. Originally left by her parents as a baby with the promise that they’d be back for her someday, it’s been a hard knock life ever since with her mean foster mom Miss Hannigan (Cameron Diaz). But everything’s about to change when the hard-nosed tycoon and New York mayoral candidate Will Stacks (Jamie Foxx) – advised by his brilliant VP, Grace (Rose Byrne) and his shrewd and scheming campaign advisor, Guy (Bobby Cannavale) – makes a thinly-veiled campaign move and takes her in. Stacks believes he’s her guardian angel, but Annie’s self-assured nature and bright, sun-will-come-out-tomorrow outlook on life just might mean it’s the other way around.

Will Smith serves as a producer on Annie; he had originally conceived the idea of the movie as a vehicle for his daughter, Willow. However, the movie languished in development hell for so long that by the time it finally go the green light, Willow was too old to play the main role.

Producers Will Smith and Jay-Z envisioned their version of Annie as a modern-day retelling of a classic musical.

Annie was due to be released just before Christmas. However, it was leaked online three weeks prior in the infamous "Sony hack".

After his success with Glee, Ryan Murphy was approached to direct the movie. He declined. 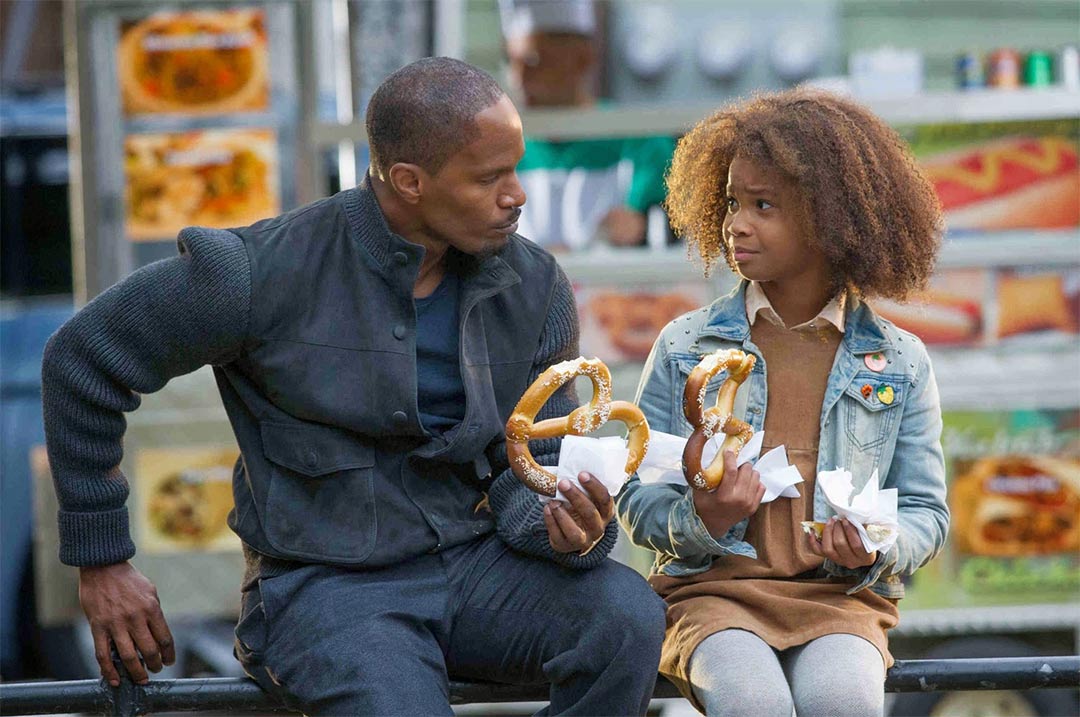 Annie is the classic musical about the little red-haired orphan living under the mean oppression of the alcoholic Miss Hannnigan, right? Well, not anymore.

Reimagined by Jay-Z and Will Smith (yes, really), Annie has been brought bang up to date, given a new storyline and a delightful young actress in the central role. Quvenzhane Wallis is as cute as a button and seems to play Annie with a touch of sass that suits the role but doesn't make her obnoxious like some stage and film versions I've seen.

While I would have preferred a male in the role of Miss Hannigan, as frequently happens on stage, Cameron Diaz seems adequate enough, and Jaime Foxx also appears to be perfectly charming as Stacks, the millionaire who starts out using Annie to boost his mayoral campaign but quickly comes to adore her.

Now here's what I don't get. Annie has been slated by critics. It's been the recipient of several Razzie nominations and it's really quite hard to find anyone with a good word to say about it.

Granted, I can see how the film is perhaps not excellent, but the trailer does lift my spirits, it is enjoyable and it does make me want to watch the film...and I usually hate Annie! Seriously it's one of my least favorite musicals ever, but I'm quite taken by this modern twist and Wallis has my heart.