Alvin and the Chipmunks: The Road Chip Feature Trailer (2015)

Feature Trailer for Alvin and the Chipmunks: The Road Chip.

Through a series of misunderstandings, Alvin, Simon and Theodore come to believe that Dave is going to propose to his new girlfriend in New York City…and dump them. They have three days to get to him and stop the proposal, saving themselves not only from losing Dave but possibly from gaining a terrible stepbrother.

Alvin and the Chimunks: The Road Chip is the fourth installment of the Chipmunk movies, and the first one not to feature David Cross as Ian Hawke.

Kaley Cuco replaced Amy Poehler as the voice of Eleanor.

It was rumored that Justin Long would not return to voice Alvin for a fourth time, but his alleged replacement, Matthew Lillard, was busy working on a Scooby Doo project, meaning Long did indeed return.

Alvin and the Chipmunks: The Road Chip, landed one of the most unfortunate release dates of all time: it opened on the same day as Star Wars: Episode VII- The Force Awakens. Ouch! 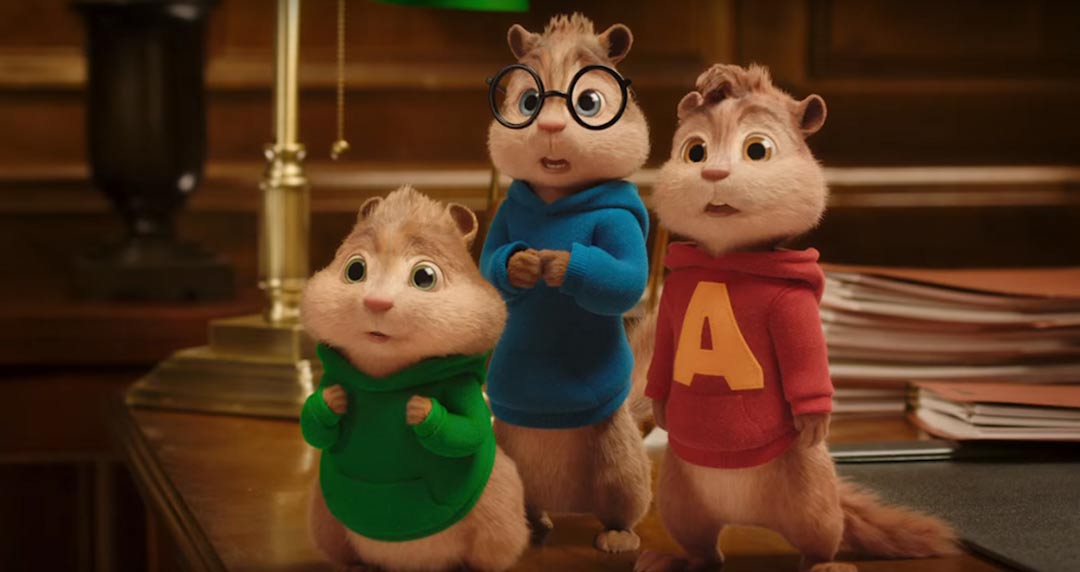 The first Alvin and the Chipmunks movie fared well at the box office, and even better on home dvd release. A cute little movie, if somewhat annoying after a time, the story has heart and kids love the three little rodents.

Then came Alvin and the Chipmunks: The Squeakquel, which was little surprise to anyone. That movie was more annoying, because we really weren't needing to hear those squeaky voices again, and having established the Chipmunks were cute and funny the first time around, we really didn't need reminding. The Squeakquel didn't fare as well on its release, and critics really didn't like it.

Undeterred, the rodents returned. Alvin and the Chipmunks: Chipwrecked, proved to be not funny, intensely annoying and really not enjoyable. Any sane adult had had enough of the chipmunks, everyone was wondering why Dave didn't take them to a pet store or release them into the wild, and we were all wondering if they'd ever stop singing?

Now they're back. Again. For a FOURTH time. There can be no story left to tell! Except there is, of course. Dave has finally found love, and he wants to propose, only his lady friend has a son, and said son hates Alvin, Simon and Theodore as much as we all do by this point. They decide that rather than become step-siblings, they'll travel to Miami to stop the proposal. Along the way, Alvin and co will drop some sick beats. (They really won't. They sound terrible.)

This movie released on the same day as The Force Awakens. No doubt the studio will blame that for the reason no one goes to see this movie. That's not the reason at all. It's just because, after four movies, there is not a single soul left who finds any enjoyment in these films.