Alvin and the Chipmunks: The Squeakquel Trailer (2009)

Trailer for Alvin and the Chipmunks: The Squeakquel.

David Seville and chipmunks Alvin, Simon and Theodore, return in the sequel to lay waste to Seville's surroundings and sing in three-part harmony. The sequel movie introduce the Chipmunks' female counterparts, the Chipettes.

Alvin and the Chipmunks: The Squeakquel had its release date moved up from March 2010 to December 2009; thereby attracting a large number of families who would head to the movies over the holidays.

The Seville house is numbered 1958; the year that Ross Bagdasarin created the singing chipmunks.
The plot of Alvin, Simon, and Theodore meeting the female chipmunks, Eleanor, Jeanette and Brittany, is reused from the first episode of Alvin and the Chipmunks.

Jason Lee was meant to have a larger role in this movie but due to scheduling conflicts with My Name is Earl, a lot of his scenes were re-written to use Zachary Levi's character instead. 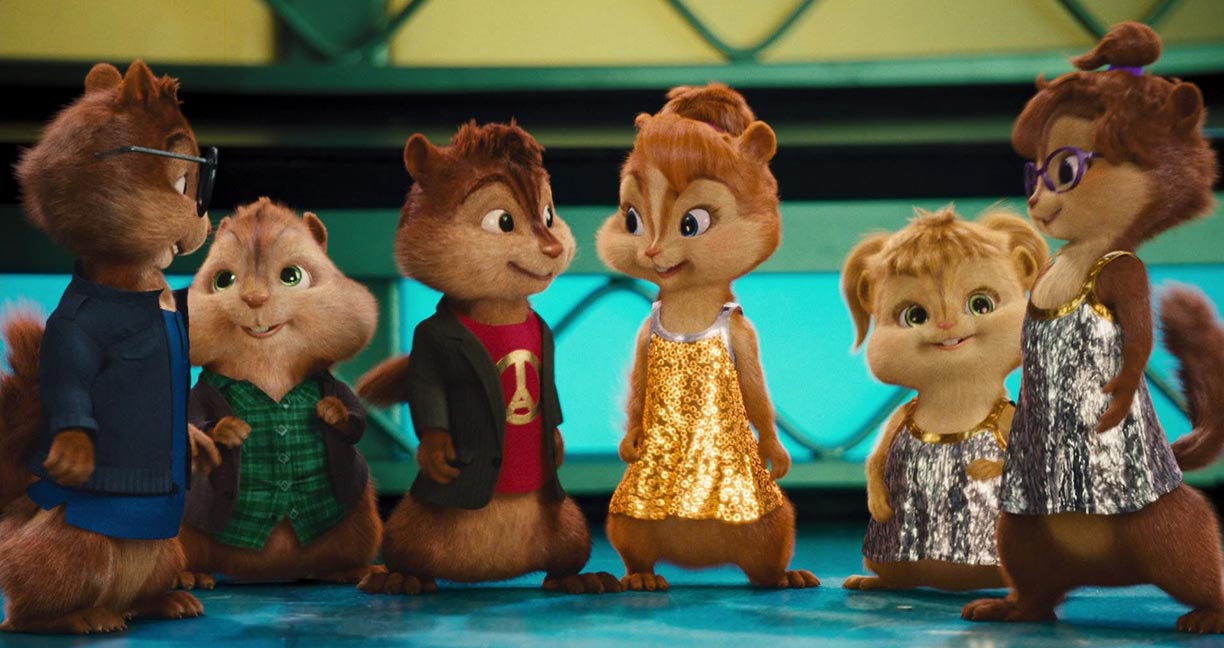 Ah, the Chipmunks are back. Love them or loathe them (and I am leaning toward the latter), the chipmunks certainly know how to make a film that pulls younger viewers in. After the massive success of the first film, Alvin and the Chipmunks, it's little surprise to know that Fox commissioned a sequel.

This time, the all-singing, all-dancing chipmunk trio have competition in the form of three girl chipmunks, who also sing and dance. What are the odds? Where are these chipmunks coming from? I'd like to know. I'd also like to know why a talking chipmunk is so readily accepted by everyone, and why human females swoon over Alvin's flirting. It's all so very, very wrong.

This trailer doesn't give anything away in terms of plot, except for the arrival of the girls, but that's possibly because there isn't much of a plot to give away in the first place. Still, that's not to say that people won't enjoy the movie.

Look, anything titled "The Squeakquel" is not going to be high brow stuff. This isn't some epic tale of love and romance. This is singing chipmunks who make jokes about eating too much and farting. And you know what? There's nothing kids love more than jokes they consider to be near the knuckle. So put the movie on for them, and then leave them to it when the squeaky, high pitched voices become too much to bear.