The trailer for All About Steve:

A TV news cameraman is stalked across the country by a brilliant but eccentric crossword-puzzler after they go on one date.

Sandra Bullock actually attended the Razzie Awards to accept her award for Worst Actress. She brought a wagon full of DVD copies of the film to pass out to the audience. She told the audience if they re-watched the film and decided she was not the worst actress, she would return the award and buy everyone a drink. The day after Sandra Bullock attended the Razzie Awards, she accepted her Best Actress Academy Award for the film, The Blind Side. It was the first time an actor won a Razzie and an Oscar in the same year.

The title is a play on the classic film All About Eve. 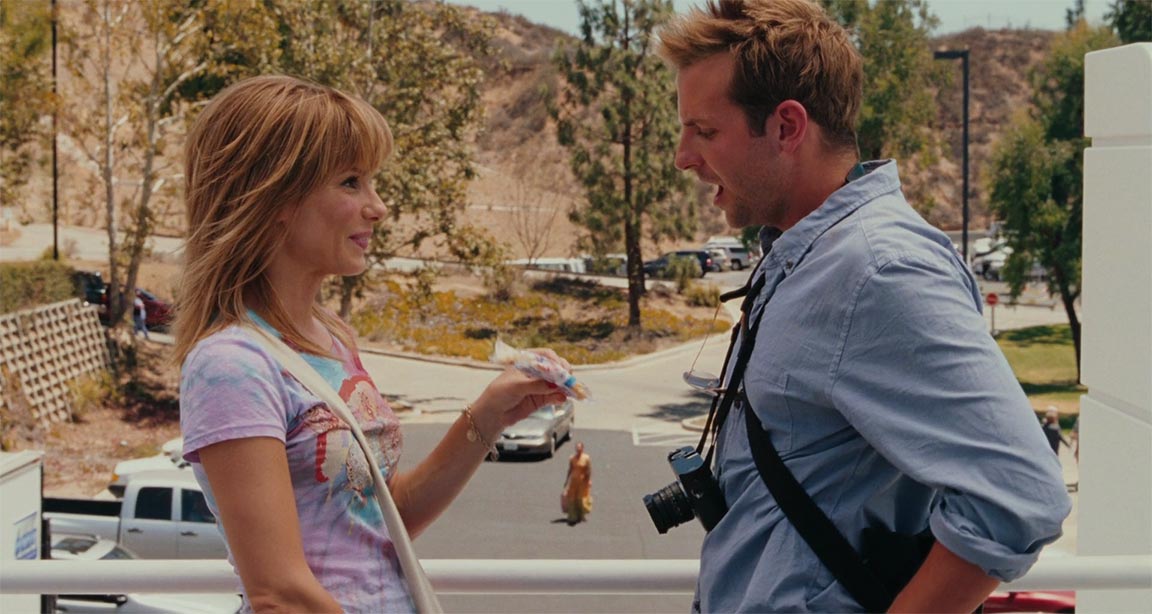 The trailer for All About Steve is much better than the movie itself. The movie was well publicized for being terrible, earning multiple Razzie Awards, but that does not change the fact that the trailer is slightly enticing. Sandra Bullock is adorable as a nutty woman who goes on a blind date with Bradley Cooper and instantly becomes smitten. Bradley Cooper is charming and handsome and even with his odd frosted hair in All About Steve, he is hard to deny. Alas, he is not nearly as smitten with Sandra’s characters and her kooky demeanor, and perhaps her frosted hair too. Perhaps, hair people for All About Steve had too much peroxide on their hands and needed to get rid of it ASAP.

There are a lot of weird and desperate jokes early on about Steve possibly being gay and Sandra’s father telling her to burn her boots if she ever wants to find a man. The humor seems stilted and awkward and Sandy is totally pulling off those boots, so there is no need to be harsh with her.

The trailer for All About Steve greatly depends on the cast, especially the absolutely likable and endearing quality of Sandra Bullock who could be absolutely terrible in a movie but still be watchable. The movie is basically about a woman stalking a man she went on one date with and frankly, it is creepy. The only reason this film is considered a comedy and not a psychological thriller is because the stalker is pretty and almost seems harmless. All About Steve is just an odd movie with strange dialogue and a much more deserving cast.