Alice Through the Looking Glass Trailer (2016)

Trailer for Alice Through the Looking Glass.

In Disney’s Alice Through the Looking Glass, an all-new spectacular adventure featuring the unforgettable characters from Lewis Carroll’s beloved stories, Alice returns to the whimsical world of Underland and travels back in time to save the Mad Hatter. Directed by James Bobin, who brings his own unique vision to the spectacular world Tim Burton created on screen in 2010 with Alice in Wonderland, the film is written by Linda Woolverton based on characters created by Lewis Carroll and produced by Joe Roth, Suzanne Todd and Jennifer Todd and Tim Burton with John G. Scotti serving as executive producer. Alice Through the Looking Glass reunites the all-star cast from the worldwide blockbuster phenomenon, including: Johnny Depp, Anne Hathaway, Mia Wasikowska and Helena Bonham Carter along with the voices of Alan Rickman, Stephen Fry, Michael Sheen and Timothy Spall. We are also introduced to several new characters: Zanik Hightopp (Rhys Ifans), the Mad Hatter’s father and Time himself (Sacha Baron Cohen), a peculiar creature who is part human, part clock.

Alice Through the Looking Glass is the sequel to Tim Burton's Alice In Wonderland (2010), but Burton only serves as a producer this time around. James Bobin directs- he also directed The Muppets and Muppets Most Wanted for Disney.

This film was to be the last role for the late Alan Rickman, and his seventh movie with Helena Bonham Carter. 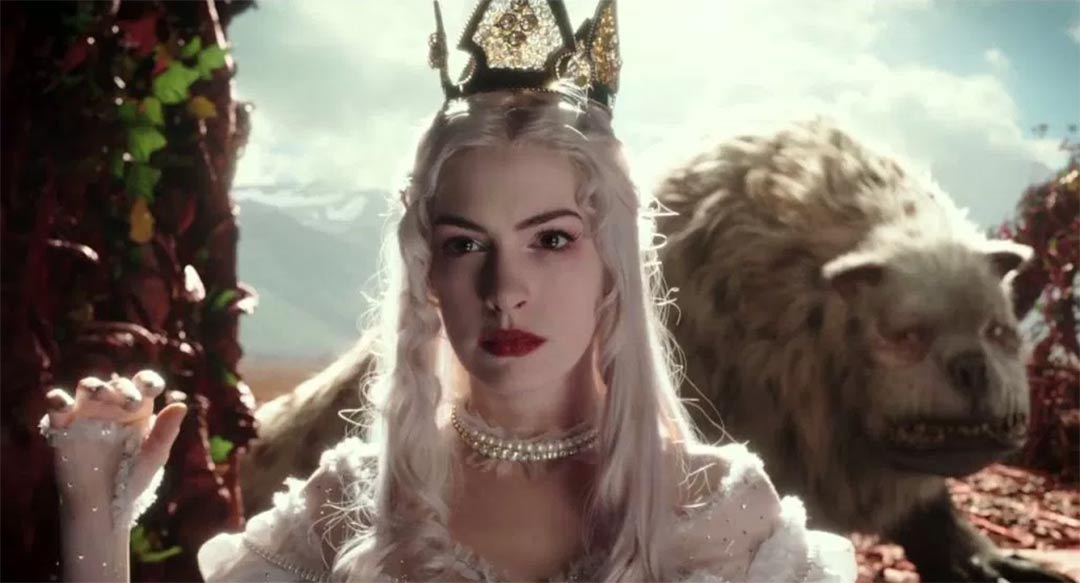 We are going back to Wonderland once more, this time through the looking glass in order to save the Mad Hatter (Johnny Depp) from a terrible fate. Mia Wasikowska reprises her role of Alice, as do many of those whom we met in Alice in Wonderland.

There are plenty of new characters to meet along the way, too, not least Father Time, played by Sacha Baron Cohen. While we might think of Time as a kindly, smiling old man, Burton has always had a way of presenting us with the unexpected. In this instance, Cohen's Time is a menacing, icy incarnation and Alice must fight him in order to save the Hatter and restore Wonderland to its usual crazy ways.

Alice Through the Looking Glass might not be directed by Burton this time, but the trailer has his mark all over it. Certainly it looks as though Bobin has stuck to the world of his creation and not tried to alter too much. The smart visual effects, the bright costumes and brilliant makeup all remain unchanged, which should easily please fans of the original.

Alice in Wonderland received mixed reviews upon its release, but it still pulled an impressive $1 billion at the global box office, so its little surprise to see a sequel arriving. That said, let's hope it doesn't follow the usual pattern of sequels and end up lacking in substance. Certainly Lewis Carroll created a rich story that's ripe for retelling, and this trailer sets everything up nicely. Let's hope the movie expands on it all and gives us a truly great adventure.