Trailer for Alice in Wonderland.

From Walt Disney Pictures and visionary director Tim Burton comes an epic 3D fantasy adventure Alice in Wonderland, a magical and imaginative twist on some of the most beloved stories of all time. Johnny Depp stars as the Mad Hatter and Mia Wasikowska as 19-year-old Alice, who returns to the whimsical world she first encountered as a young girl, reuniting with her childhood friends: the White Rabbit, Tweedledee and Tweedledum, the Dormouse, the Caterpillar, the Cheshire Cat, and of course, the Mad Hatter. Alice embarks on a fantastical journey to find her true destiny and end the Red Queen’s reign of terror.

While Johnny Depp says he likes 'an obstacle' while filming, he also admits that he found filming on a green screen 'exhausting' and it left him feeling 'befuddled.'

Helena Bonham Carter's Red Queen character is a mix of The Queen of Hearts, from Lewis Carroll's Alice's Adventures in Wonderland, and The Red Queen from Alice Through The Looking Glass.

Tim Burton wanted Barbara Windsor for the role of the Dormouse because he's a big fan of her work on British soap opera, Eastenders. 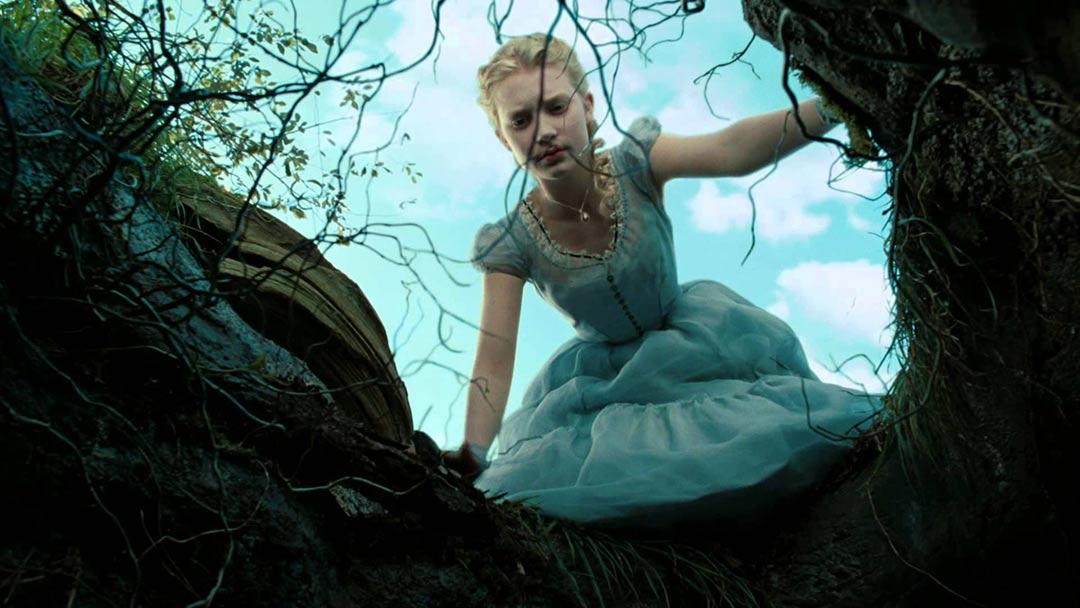 Tim Burton's Alice in Wonderland was always going to be a weird, wild and wonderful ride, and it's good to see the director has more than lived up to the expectations we've all placed on him.

Based on Lewis Carroll's novel, Alice in Wonderland takes us down the rabbit hole and into a world filled with talking caterpillars, grinning cats, fearsome queens and mad hatters. Mia Wasikowska plays the titular role, bringing a sweet naive charm to the part. As the Mad Hatter, Depp is perfectly cast. He seems to draw on the reason hatters were originally called mad- because they worked with so much lead that it poisoned their brain. He's off the wall, a mismatch of different personalities which change at alarming rates leaving everyone (including viewers) reeling. Needless to say, he fits perfectly into the Wonderland that Burton has created.

It's darker and more intense than the original Disney Animated Classic, and the best way to describe it is as a mad trip. Coming to the end of the movie is like waking up from the most surreal dream you've ever had. Honestly, it's hard going at times; Burton really has gone all out. That's not to say it doesn't work, on the contrary, he's probably achieved just what he set out to do, but as a viewer, a little normality, or just a small break from the weirdness, would be welcome at times.

This trailer definitely highlights the best bits, most of which involve Depp's Hatter or Helena Bonham Carter's Red Queen. Both are, of course, used to working with Burton, and it shows. They definitely lift the movie overall, and it's more than worth watching just for their performances alone.