Teaser trailer for Alice in Wonderland.

From Walt Disney Pictures and visionary director Tim Burton comes an epic 3D fantasy adventure Alice in Wonderland, a magical and imaginative twist on some of the most beloved stories of all time. Johnny Depp stars as the Mad Hatter and Mia Wasikowska as 19-year-old Alice, who returns to the whimsical world she first encountered as a young girl, reuniting with her childhood friends: the White Rabbit, Tweedledee and Tweedledum, the Dormouse, the Caterpillar, the Cheshire Cat, and of course, the Mad Hatter. Alice embarks on a fantastical journey to find her true destiny and end the Red Queen's reign of terror.

Before Tim Burton was on board to direct Alice in Wonderland, Anne Hathaway was offered the titular role of Alice. She turned it down as it was too similar to roles she had previously played. However, she really wanted to work with Burton and when he subsequently boarded the project, she was cast as the White Queen.

The Mad Hatter asks Alice several times "Why is a Raven like a writing desk?" This is a line from Lewis Carroll's original novel, and the author admitted he made the question up and there is no answer to it.
Alan Rickman was originally going to have his face composited onto Absolem the caterpillar, but this idea was scrapped. Animators still tried to make the caterpillar's facial expressions similar to that of Rickman.

Burton based the White Queen on British cooking show host, Nigella Lawson. He said he likes the glint in Lawson's eye that makes someone think she's nuts, but in a good way. 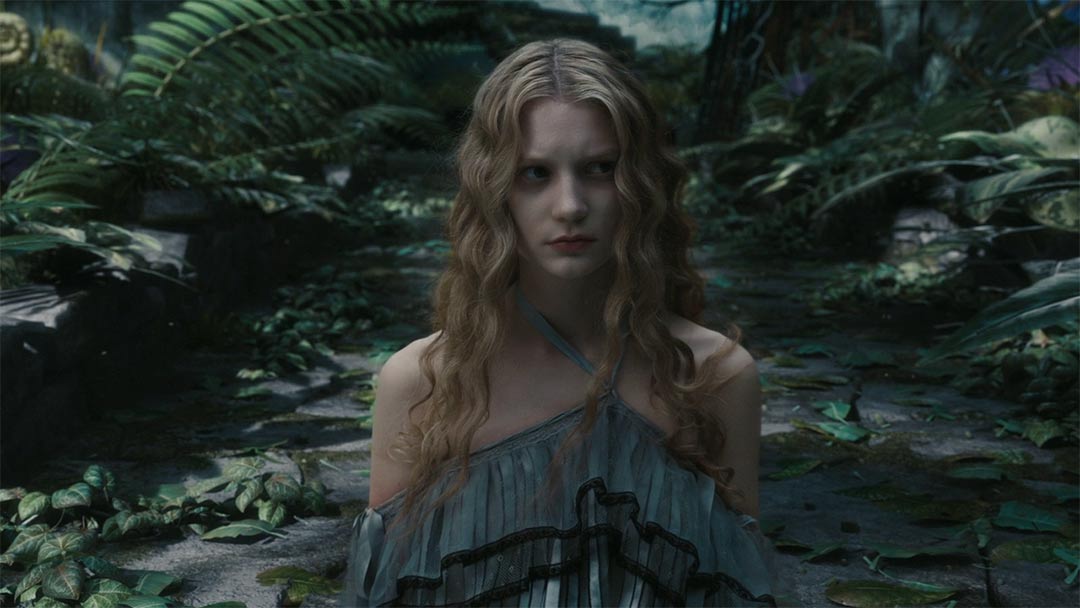 Nobody does visuals quite like Tim Burton, so who better to bring to life Lewis Carroll's weird, beautiful yet utterly crazy Alice in Wonderland? Of course, this being a Tim Burton film, Helena Bonham Carter and Johnny Depp feature heavily, along with a fantastic cast.

This trailer really does serve as the perfect teaser, because it takes us into Wonderland, gives us just a glimpse at the strange, magical, and wonderful characters and creatures that await us and then it's over.

Though the only person to speak is Johnny Depp as the Mad Hatter, we know that Matt Lucas is Tweedle Dum and Tweedle Dee, Anne Hathaway is the White Queen, Helena Bonham Carter is the Red Queen, Mia Wasikowska is Alice, and Michael Sheen is the White Rabbit.

Carroll's novel is packed full of amazing creations, which this trailer definitely hints at, but for me, it's Depp's Hatter that steals the whole movie. When Depp wants to play a role he really throws himself into it and his dedication here is clear. He embodies the part completely and I imagine he would have been wonderful to film with.

So the visuals, and the cast are there, and the trailer teases well. A shame, then, that Alice in Wonderland falls a little short in its execution. It's not massively so, but it does bring the movie down from being something incredible to being a reasonably good film.