A grown man is still caught in the crossfire of his parents 15 year divorce. He discovers he was unknowingly part of a study on divorced children and is enlisted in a follow-up years later, which wreaks new havoc on his family.

In the trailer, Amy Pohler says that she is the same age as Adam Scott to which he responds that she is a year older. This is mostly true as Pohler is a year and a half older than Adam Scott.

The film is semi-autographical and is based on writer/director Stu Zicherman’s real life relationship with his parents who divorced when he was young, and he needed to be the mediator while his brother was getting married.

A.C.O.D earned mixed reviews with a Rotten Tomato aggregate of 50%. The film also earned just over $175,000 at the box office in part because of its very limited release. 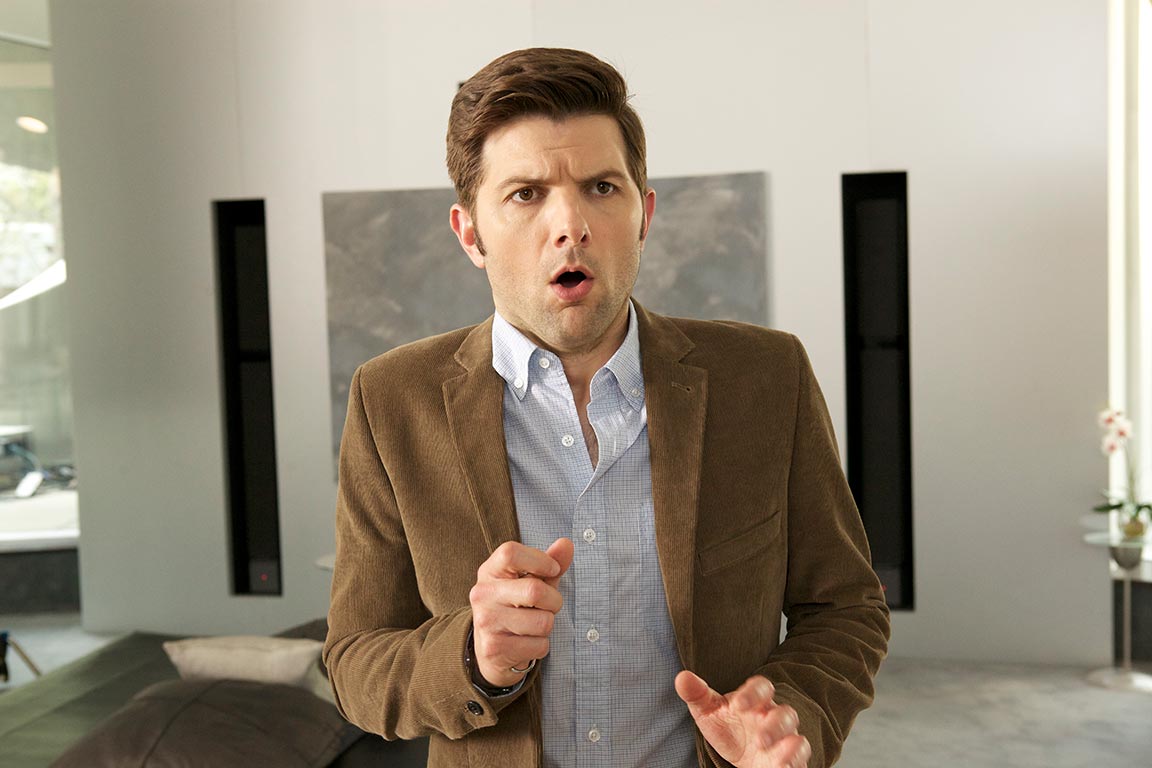 The trailer for A.C.O.D. is clever, has a fantastic cast, and is enticing enough to actually make an audience want to watch the film, which is a film trailer’s basic intention. Adam Scott, who is an absolute treasure plays a man who has to deal with his difficult family, including his naïve little brother and his constantly bickering divorced parents. His parents are played by Catherine O’ Hara and Richard Jenkins which is such a hilarious match for a divorced couple who just cannot stop fighting.

Things become even more complicated when he finds out that his childhood therapist, played by the delightful Jane Lynch, was actually studying him for a book about children of divorce. Poor Adam Scott has so much to deal with as it is but then to find out all of his childhood issues are documented for the world to see? It is just so awkward and funny. At least he has Jessica Alba to make him feel better even though he also has a beautiful girlfriend played by the lovely Mary Elizabeth Winstead. Not cool man, not cool.

Surely Alba’s character has something he is lacking from his perfect girlfriend. Alba is even sporting tattoos so most likely her character is either a bad girl or a free spirit because that is the easiest way for filmmakers and actors to represent such things.

The best part of the trailer is to see Amy Pohler play Adam Scott’s stepmom especially since the two play the best couple, Leslie and Ben, on Parks and Recreation. The trailer for A.C.O.D has a really impressive cast and a simple but dependable premise making it all the more likable.