Feature trailer for A Haunted House 2.

Having exorcised the demons of his ex, Malcolm is starting fresh with his new girlfriend and her two children. After moving into their dream home, however, Malcolm is once again plagued by bizarre paranormal events.

Pierre Daniel, a man who appears in the film briefly, sued Marlon Wayans claiming Wayans racially harassed him by saying he looked like Cleveland Brown, the animated character from The Family Guy and The Cleveland Show. However, the judge threw out the case since Daniel does, in fact, resemble Clevelandl 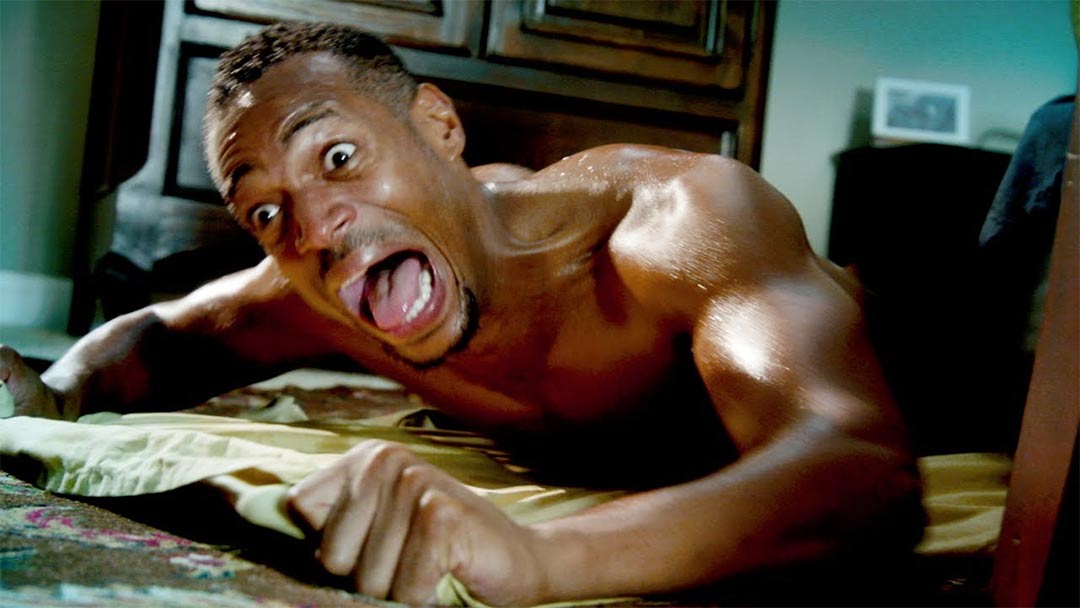 Nothing about the trailer for A Haunted House 2 made me laugh. Nothing even made me crack a smile. The only emotions the trailer made me feel was irritation that this mess of a “comedy” received a green light and sadness for what has become of the Wayans name. Marlon, come on, don’t tarnish the good name of your family. Just be considerate and let these spoofs die.

A Haunted House 2 is a jumble of jokes and plotlines that only vaguely resemble horror movies of the past few years, but at this point, it just seems less important to use those films as a template than to make a bunch of racist jokes that fall flat at every point. There is nothing genuine or amusing about any part of the trailer for A Haunted House 2.

I doubt one needs to see the first one to understand the sequel because that is not how these movies really work. The films are just a hodgepodge of one-off jokes that are crammed in every few minutes to get some laugh, no matter how little, out of the audience. It is just not working, none of this is working. Jaime Pressly plays Wayans’ wife which is such a disservice to Pressly and her comedic talents, she really should look elsewhere for a good comedy especially if she is stuck playing the wife.