Around the world everyone knows that honest hard work gets you nowhere. In sunny Orlando, Florida, construction worker Dennis Nash learns this the hard way when he is evicted from his home by a charismatic, gun-toting real-estate broker, Rick Carver. Humiliated and homeless, Nash has no choice but to move his mom and nine-year old son into a shabby, dangerous motel. All is lost. Until an unexpected opportunity arises for Nash to strike a deal with the devil - he begins working for Carver in a desperate attempt to get his home back. Carver seduces Nash into a risky world of scamming and stealing from the banks and the government; he teaches Nash how the rich get richer. Living a double life, Nash hides his new boss and job from his family. He rises fast and makes real money; he dreams bigger. But there is a cost. On Carver's orders, Nash must evict honest families from their homes - just as it happened to him. Nash's conscience starts tearing him apart... but his son needs a home. In a dramatic high stakes climax, with a 1,000 home deal on the line, Nash will have to choose between destroying an honest man for the ultimate win or risking it all by going against Carver and finding redemption.

The film is based on a true story of a single father, who was evicted from his home and exposed a corrupt real estate broker.

Andrew Garfield and Michael Shannon both play characters in comic book films, but are from different universes. Garfield portrays Spiderman in the Marvel Universe. Shannon plays General Zod in the DC Universe.

Only Michael Shannon received attention during award season for 99 Homes. Among others, he was nominated for a Screen Actors Guild Award and a Golden Globe. 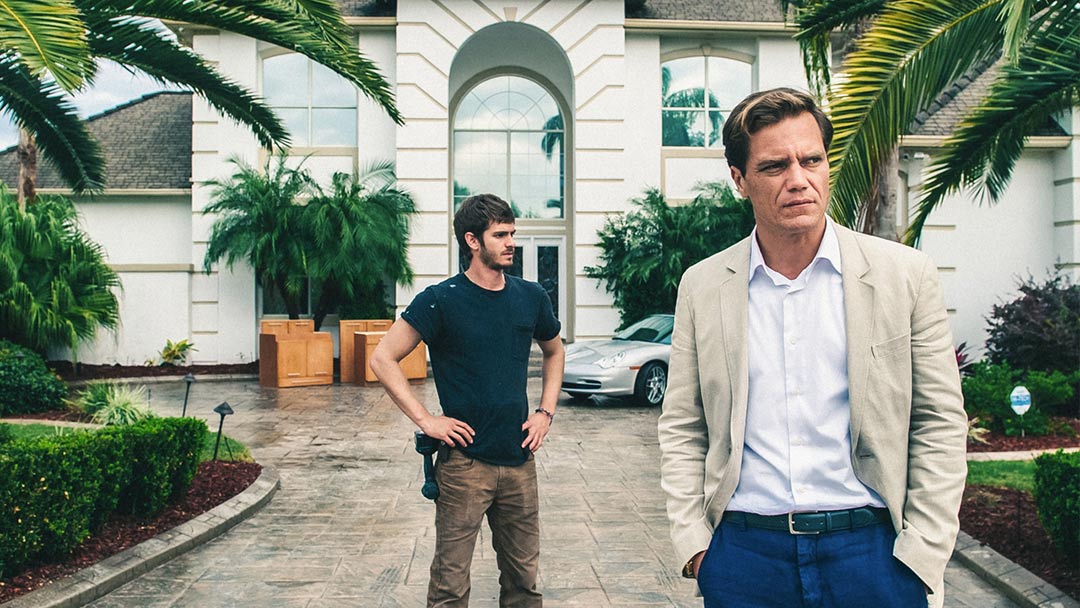 The 99 Homes trailer is devastating in its realistic view of the struggle for many to keep a roof over their heads. Michael Shannon is as creepy as ever as a real estate broker who spends his days kicking people out of their homes. Andrew Garfield is heartbreaking as a young guy who happens to be a part of one of the families who defaulted on their mortgage. Being the dedicated son, and father to a little boy, Garfield decides to work for the broker to earn some money and hopefully get his family’s home back.

Does it make him a hypocrite to then take on the role of the bad guy forcing families from their homes? Or is it the only way he can survive and provide for his family? The 99 Homes trailer is absolutely compelling as it sheds light not only the emotional aspect of the mass foreclosures in America but also the difficulty of having to choose between personal morals and the ability to keep a roof over your head.

Michael Shannon is almost too good at being awful. Just like he oozed arrogance and horridness in Premium Rush, the two and a half minutes of the trailer made me want to punch him, but I suppose that is the point. In real life, Shannon is probably as sweet as a basket of kittens. A film like this is not for the faint of heart and not for someone to seek a pleasurable viewing experiencing that will leave you with a smile on your face, but that doesn’t mean that it does not look incredibly well made and worth a watch.